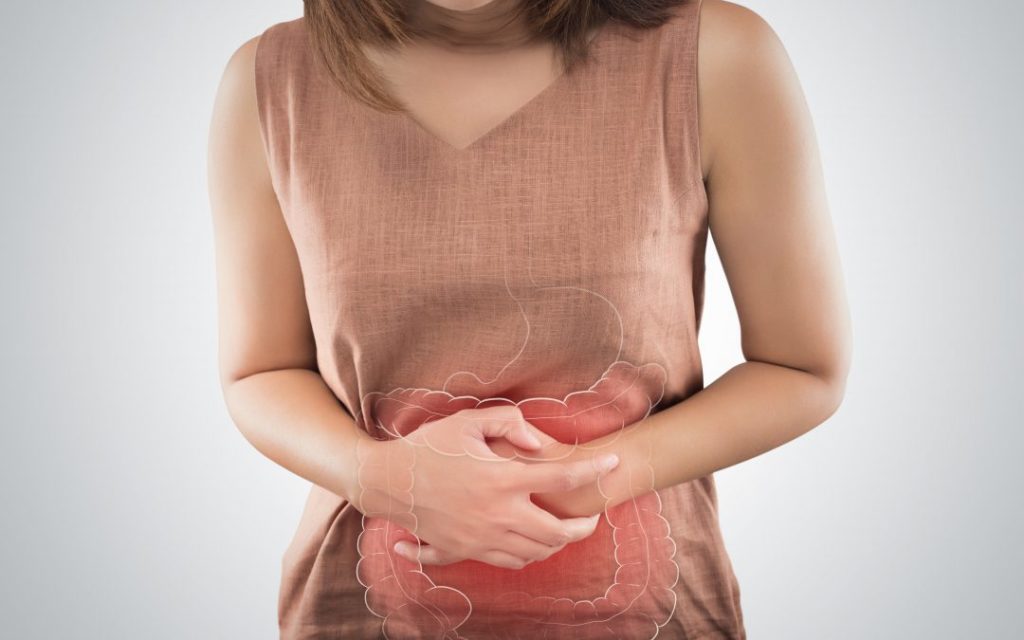 What Is Irritable Bowel Syndrome?

The causes of irritable bowel syndrome are poorly understood, but recent research suggests that there may be an important component of immune system activation.

A simple blood test is available to test individuals for sensitivity to certain foods by determining if their immune system has developed antibodies against those foods. The Immuno Bloodprint® has shown promising results in studies of other chronic conditions, including migraine headaches and obesity, by determining individual food sensitivities and allowing individuals to eliminate those foods from their diet, thus reducing their symptoms and improving their overall health. Food triggers are important for sufferers of irritable bowel syndrome to recognize, and if they can be eliminated from the diet, the symptoms of irritable bowel syndrome may decrease in severity and frequency.

Irritable bowel syndrome is a very complex and poorly understood condition, and it affects up to 58 million Americans. The symptoms are variable, and before it can be diagnosed, other conditions must be ruled out. The syndrome affects the large and small intestine, causing diarrhea or constipation, cramping abdominal pain and bloating. Some patients have mucus in their stools, and others may have a feeling of incomplete emptying of their bowels.

The syndrome can vary in severity from mild to debilitating. Some sufferers of IBS alternate between constipation and diarrhea. Those with mild disease may never see a physician, but others often seek help.

If your digestive problems are interfering with your normal activity, it is important to see a physician. Other conditions should be evaluated before the diagnosis of irritable bowel syndrome can be made. If you have pus or blood in your stool, fever, signs of malnutrition, evidence of a mass, unintentional weight loss, or family history of colon cancer, your healthcare provider should rule out malignancy or inflammatory bowel disease before making a diagnosis of IBS. Onset of IBS occurs before the age of 50 in most cases, so late onset of the symptoms mentioned above may be a red flag and should be evaluated promptly.

The immune system also appears to be involved in the pathogenesis of the symptoms of IBS. A study in the Journal of Neurogastroenterology Motility in October of 2011 suggested that mediators released by immune cells impact the function of the nerves in the bowel. They specifically studied the effect of antibodies to bacteria, which had caused infectious gastroenteritis in the study population.

The study found that gender, age, geographic differences, genetic predisposition, diet and differences in the intestinal microbial population were all likely to play a role in the development of symptoms.

Another study published in the American Journal of Gastroenterology also suggested that an immune system response might be the cause of IBS symptoms in some patients. Compared to healthy control patients, the patients with irritable bowel syndrome had a 72% increase in immune system cells in the cells that lined their intestines. This is especially interesting in light of recent research that demonstrates a link between food sensitivity and chronic diseases like migraine headaches, due to formation of antibodies by some individuals in reaction to various foods.

These antibodies are known as IgG antibodies, and they are originally formed when a person eats a food that their body perceives as an antigen, or a harmful product. The body mounts an immune response, just as it would to a bacteria or virus. This involves the release of what are known as inflammatory mediators. These are chemicals that are released by the white blood cells in the body to attract other immune cells to the area where the antigen is located. In food sensitivity, IgG antibodies circulate throughout the body when they are released by white blood cells in response to a food to which a person has sensitivity. They have an inflammatory effect. The release of inflammatory chemicals by the white blood cells and the effect of the antibodies as they react to an antigen may be responsible for the inflammatory characteristics of irritable bowel syndrome.

There are various foods that people with irritable bowel syndrome have found to be triggers for their attacks. However, the foods differ from person to person. Some people may find that caffeine or alcohol make their symptoms worse. Fatty foods seem to be a culprit for some people.  Doctors usually tell patients with IBS to avoid dairy products, fruit, and artificial sweeteners like sorbitol or xylitol if they have IBS with diarrhea as the predominant symptom.

With migraine headaches, in a study at the University of Miami, a simple blood test was used to determine the food sensitivity through the identification of IgG antibodies in a group of 38 subjects who suffered from chronic migraines. Migraines are mediated through many of the complex mechanisms that may cause irritable bowel syndrome. The blood test, the Immuno Bloodprint®, required a simple blood draw, and after the presence of certain antibodies was identified, the study subjects were randomized to either a regular diet or to a diet which eliminated the foods to which they had sensitivity. The results were promising, as not only did the frequency of migraine headaches decrease, but other quality of life indicators improved dramatically over the course of 90 days in the subjects on the food elimination diet.

Given recent and promising research into the effects of the immune system on irritable bowel syndrome, the Immuno Bloodprint® should be a consideration when you are looking for triggers for your attacks of IBS. It is available nationally, and your physician can administer the test in the office or through a stand-alone laboratory.