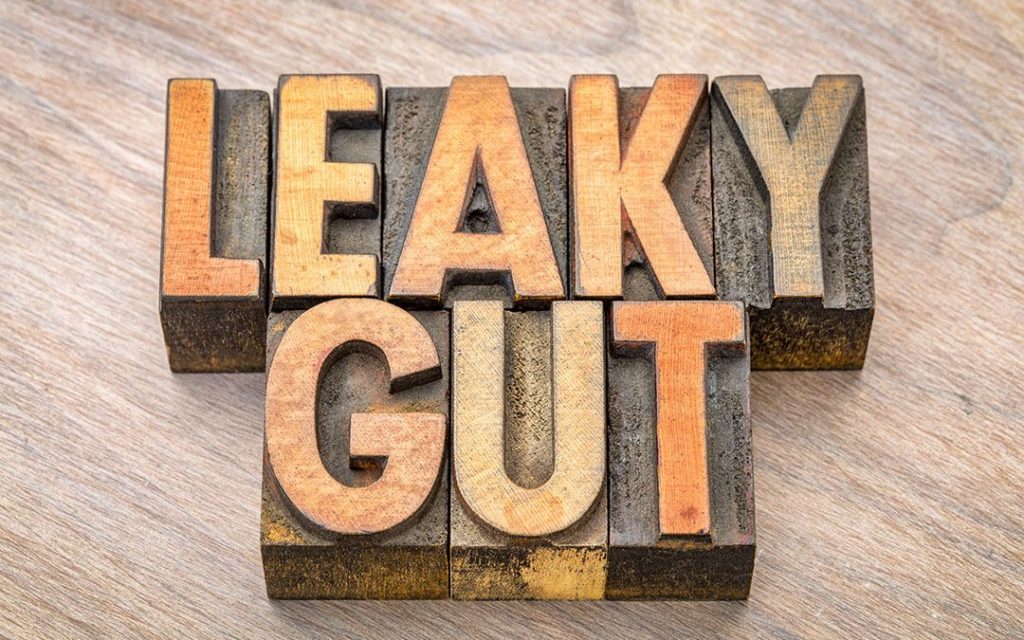 The etiology of irritable bowel syndrome, although it affects over 50 million Americans, is not well defined.

“Leaky Gut Syndrome” may be an aggravating condition, which worsens irritable bowel syndrome, by activating immune responses and inflammation in reaction to toxins and other macromolecules that enter the bloodstream through the permeable bowel wall. Leaky Bowel Syndrome appears to be an important mechanism through which patients develop IgG antibodies to certain foods, setting up a state of constant inflammation and irritation when those foods are encountered. The Immuno Bloodprint® is a simple blood assay which can help you determine the foods to which you may have developed IgG antibodies, which may provoke an immune response, responsible for a variety of chronic ailments. Thus far, promising results have been seen in studies of food elimination diets in patients with irritable bowel syndrome. Healing the leaky gut will also be an important step in prevention of development of other food sensitivities.

There are many theories about the etiology of irritable bowel syndrome.  Millions of Americans are afflicted with this disorder, which results in abdominal pain and cramping, changes in bowel movements. Most experts believe it is a result of neurotransmitters, the immune system, and hormones, which influence the action of the gut. Leaky Gut Syndrome has been implicated in both irritable bowel syndrome and the etiology of food sensitivity. Leaky gut may result in malabsorption and malnutrition. This may further aggravate existing chronic diseases.

Leaky Gut Syndrome is defined by inflammation of the lining of the intestine, which then becomes more permeable, or “leaky,” and allows substances from the gut to enter the bloodstream, triggering an immune response. The permeability of the gut may be created when the Candida albicans yeast grows roots (hyphae),which spread the bowel wall cells apart, allowing harmful microorganisms and macromolecules to enter the blood vessels that supply the bowel.  A recent study of patients with diarrhea-predominant irritable bowel syndrome found defective epithelial barriers in the colon.

The body’s immune response to foreign and potentially pathogenic substances that enter the bloodstream is to create antibodies, which protect the body from pathogens. At the same time the body activates the immune system. This is how a food sensitivity or intolerance can be created. Some substances that enter the bloodstream from the gut include protein molecules, bacteria, viruses, fungi and toxins. The subsequent immune response causes inflammation of the gastrointestinal tract.

A chronically active immune system eventually begins to malfunction. This is one of the mechanisms of autoimmune disorders, diseases like rheumatoid arthritis or inflammatory bowel disease, which are caused by the body’s immune system producing antibodies against its own organs and tissues.

One consequence of Leaky Gut Syndrome is that foods that you normally eat may have provoked an immune response. Now, whenever you eat those foods, the antibodies created by your immune system are ready to attack the foods they now see as pathogens, and that sets up a cycle of inflammation, irritating the autonomic nervous system that enervates the bowels, and causing inappropriate release of inflammatory chemicals and neurotransmitters.

Tips to help with Leaky Gut Syndrome include restoration of healthy balance of microbes in the intestine. Antibiotics in foods and processing techniques eliminate many bacteria that we require to keep a healthy balance in the gut.

One way to restore “good” bacteria is to take a probiotic supplement, which is an essential part of decreasing permeability of the gut.

Another helpful tip is to take digestive enzymes to break down food in the gut, if you notice undigested particles in your stool.  Don’t overuse antacids, which can contribute to an overgrowth of bad bacteria and fungi. Avoid sugar, which is the main source of food for Candida. Increase fiber intake, using healthy fiber sources like ground flax seed. Failure to digest food properly results in bowels that retain toxic matter for months and years.

Consumption of omega-3 essential fatty acids decrease gut permeability, and can be found in concentrated form in fish oil.

If Leaky Gut Syndrome is indeed the cause of food sensitivity, which then sets up inflammation throughout the body, it is well worthwhile to take steps to heal the leaky gut, and also to be tested with an assay like the Immuno Bloodprint® with the additional Candida test, following up with a rotation diet. Results in randomized controlled studies have been promising.

No particular foods are generally associated with IBS, although increasing fiber may help with constipation. Some foods that produce gas, including beans and cabbage, caffeine, and alcohol should be avoided. Management of stress may contribute to the relief of symptoms for some patients. Fatty foods should be avoided, and if you have diarrhea as your main symptoms, limitation of dairy products, fruit, and artificial sweeteners including sorbitol or xylitol may help.