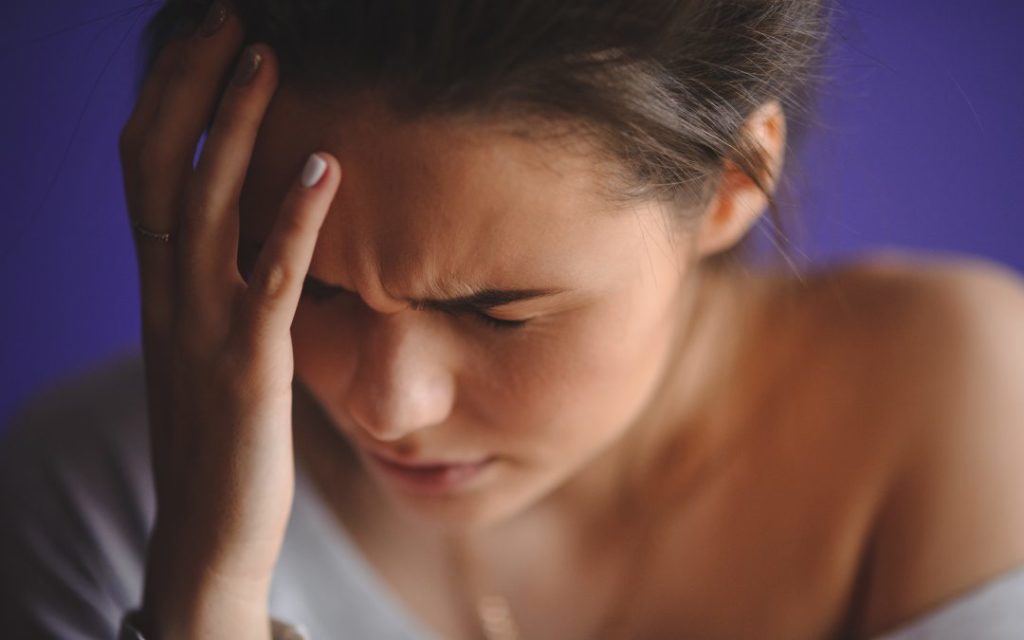 Migraine Headaches: Can the food you eat be causing your migraines?

Although headaches are fairly common – everyone reading this has probably suffered from a headache at some point in their lifetime – migraine headaches affect 28 million Americans each year, approximately 14% of the population.

Only about 10% of the headaches experienced by Americans are migraine headaches, and they have unique qualities which may include throbbing, pounding or pulsating pain, nausea, vomiting, photophobia (sensitivity to light), pain behind the eyes, and, occasionally, stroke-like symptoms. The pain is often unilateral.

Most patients who suffer from migraines are women, who make up 70% of migraine sufferers.  If you suffer from migraines, you may experience a visual aura such as bright, flashing lights that appear in your field of vision before the migraine begins. During this prodromal period, you may also experience fleeting neurologic deficits or symptoms that include paresthesias and even difficulty with speech or language. Some migraine sufferers begin to feel subtle physical or even emotional signs before a migraine begins, including gastrointestinal problems, irritability, dysthymia or neck stiffness.

Migraines are characterized as vascular headaches. Most migraine sufferers realize that migraine headaches may have triggers. In some people, lack of sleep or stress may trigger the throbbing pain of migraine. In women, who more commonly experience migraines, hormonal fluctuations trigger migraine headaches. Atmospheric pressure changes and physical stimuli, including odors or poor ventilation, may be the trigger.

One of the most common and undertreated triggers is found in foods. There are several reasons for this. Some foods have vasoactive substances, including chocolates, aspartame, phenylalanine-containing foods, alcohol and caffeine. However, recent studies have demonstrated a possible immune mediated reaction, caused by Immunoglobulin G, or IgG, in people with a hypersensitivity to specific foods.

A food sensitivity is an adverse clinical reaction due to an immune system mediated hypersensitivity responses resulting from the ingestion of a food.  There is a well-known correlation with IgE in Type I immediate hypersensitivity reactions, which usually manifest within 2 hours of consumption of the allergenic food. Symptoms include respiratory and nasal symptoms, urticarial (hives) and gastrointestinal symptoms caused by the recruitment of inflammatory mast cells to the gut.

Chronic symptoms of ill health may be due to mediation of an immune reaction by IgG. One study revealed the importance of IgG antibodies in food allergies, which included IgG-mediated allergy to casein and other milk products, also implicated in the development and progression of infantile autism. Another study found that a decrease in gluten-specific IgG serum levels which correlated with an improvement in the symptoms of subjects in a study involving rheumatoid arthritis, in 40% of patients, compared with the control group who reported 4% improvement.

With minimal knowledge of immunology, one can see that a key aspect of food sensitivities deserving of close attention is the implication of repeated and chronic exposures to the food allergens, with clinical consequences. In Type II immune complex-mediated hypersensitivity, IgG antibodies combine with food antigens forming circulating immune complexes fixed with complement. While circulating throughout the body, they may deposit in various tissues, promoting inflammatory reactions with vasculitis and tissue damage.

A pilot study was recently reported in the Open Journal of Internal Medicine, which was carried out at the Miller School of Medicine at the University of Miami, involving an interdisciplinary approach to the treatment of patients with chronic migraines, specifically focusing on the elimination of IgG-mediated reactive foods from their diets. Thirty-seven subjects participated, and the study utilized an immune-reactive food exclusion diet based upon the results of their individualized Immuno Bloodprint® test, and IgG-mediated food sensitivity assay.  Many studies in the past have linked diet to symptomatology, but past studies have used a labor-intensive method of elimination diet and food challenges to guide treatment. One successful study did use immune-reactive foods detected by IgE antibodies, though IgE. However, recognizing that another immunologic mechanism might be at work, recent studies have looked at the role of IgG-mediated responses in food hypersensitivity.

It is reasonable to expect more than one immune system response at work when we ingest foods. They go through a complex metabolism before they can be used or excreted.  As links have been found between IgG food antibodies and irritable bowel syndrome, obesity, and type I diabetes, it was reasonable to test the hypothesis that they might contribute as triggers for migraine headaches.

In the study recently performed at the Miller School of Medicine, 37 subjects were screened and identified as participants, who then had to agree to eliminate reactive foods from their diets for 90 days based upon the results of the IgG-mediated test.

Each participant subsequently received an individualized dietary plan based on the Immuno Bloodprint® results, which replaced reactive foods with non-reactive foods. Food records were kept, and compliance was scored. At 30, 60, and 90 day follow ups, results of the study showed improvement in six of the eight descriptive value scales (other than mental health and general health). The improvement on these scales revealed positive changes in physical functioning, vitality, bodily pain, and over all quality of life was significantly improved by avoiding allergenic foods.

Eating is one of the most basic human activities, and yet, we’re often unaware of how the food we consume affects us. Studies like these suggest that immune responses to certain foods among individuals may trigger symptomatology, which lowers their quality of life. With the ease of tests like the Immuno Bloodprint®, a trial of elimination of foods to which we have significant hypersensitivity is an elemental step in attacking chronic problems like migraine headaches or irritable bowel syndrome. There may well be complex genetic and underlying physiologic mechanisms that can explain the disease process, but if the entire process is triggered by something easily avoided, most patients who suffer from chronic diseases like migraine headaches will probably take the opportunity to eliminate potential causative factors.