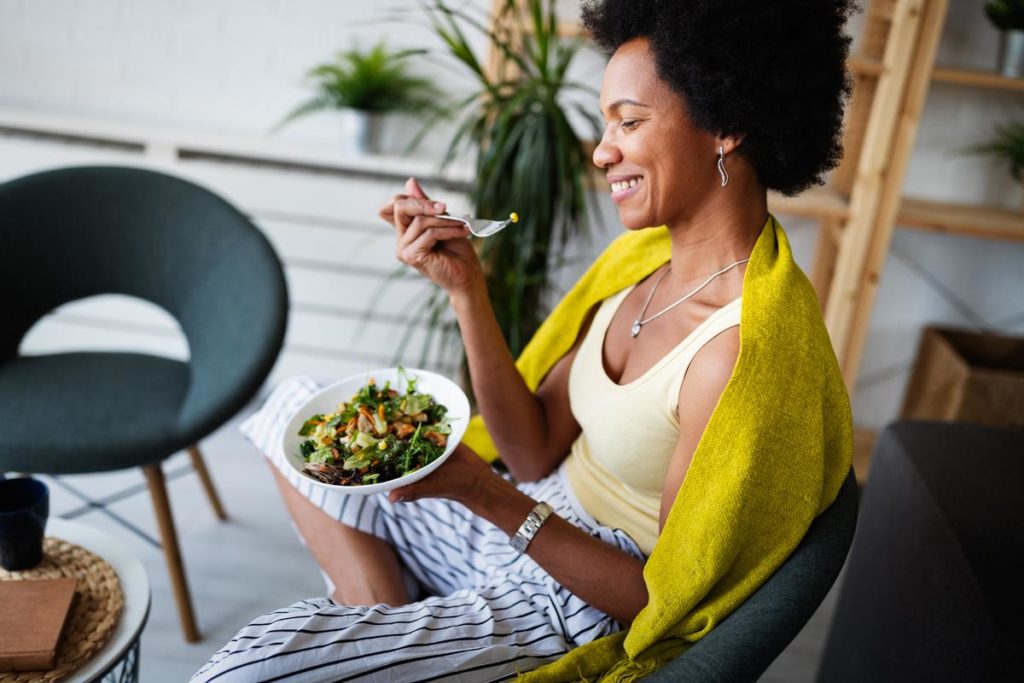 If you’ve noticed unpleasant digestive issues after eating foods like bread or pasta, gluten could be the culprit. You may have heard about celiac disease and gluten intolerance and have noticed how similar the symptoms are. So, is celiac disease the same as gluten intolerance? What about wheat allergies? Let’s take a deeper look at the symptoms of these conditions and how to treat them.

Gluten is a group of proteins found in grains such as wheat, barley, and rye, though wheat is the most common gluten-containing grain. When gluten proteins mix with water, they form a sticky network with a glue-like consistency. This glue-like consistency helps make the dough elastic, giving it the ability to rise while baking. Gluten contains two primary proteins — glutenin and gliadin. Gliadin is commonly responsible for gluten’s adverse health effects.

What Is Gluten Intolerance?

When a person with gluten intolerance ingests gluten, they experience negative body responses, often related to the digestive system. Consuming gluten will often cause belly pain and bloating. In most cases, gluten intolerance doesn’t cause long-term health problems.

Most symptoms of gluten intolerance are gastrointestinal symptoms. If you experience some of the following symptoms after eating gluten-rich foods, you may be gluten intolerant. These symptoms include:

Gluten intolerant people may find relief from their symptoms by reducing the amount of gluten they eat, supplementing with digestive enzymes, or eliminating gluten from their diet.

What Is Celiac Disease?

Celiac disease is an autoimmune disorder that makes those with the disorder react negatively to gluten. The difference between celiac disease and gluten intolerance is the immune system’s role. In people with celiac disease, gluten triggers an immune response and, over time, damages the lining of the small intestine. This can lead to malabsorption in those who don’t accurately treat their celiac disease, as the damaged small intestine can no longer absorb essential nutrients.

Many symptoms of celiac disease are related to the digestive system. These include

Doctors will typically take a blood sample to determine if specific antibodies are present in your blood that could indicate celiac disease. If these antibodies are present, your doctor will likely conduct an endoscopy to look for inflammation or damage to the small intestine. A small biopsy may also be collected during the endoscopy for further testing.

Celiac disease is a serious condition because of the damage gluten can do to your small intestine. The best way to manage symptoms is to remove gluten from your diet entirely.

What Is a Wheat Allergy?

People with wheat allergies experience an immune reaction to several food proteins found in wheat, such as gluten. This immune response is usually temporary, unlike celiac disease. Wheat allergies also don’t cause harm to the small intestine, except in cases of anaphylaxis.

Wheat allergy symptoms are similar to gluten intolerance and allergies to other foods. These symptoms include:

Your doctor may use a blood test or skin prick test to determine if you have a wheat allergy. The doctor might also advise you to eliminate wheat from your diet to see if your symptoms change.

Another option is an oral food test. During this test, an allergist will feed you food containing wheat in measured doses to see what reactions occur. This test should only be conducted under medical supervision in case anaphylaxis occurs.

Wheat allergies don’t cause permanent harm to your intestines, but the risk of anaphylaxis should be taken seriously. Your doctor may recommend antihistamines, epinephrine, or a wheat-free diet if you are diagnosed with a wheat allergy.

How to Tell Which of These You Have

Determining if you have celiac disease versus gluten intolerance or a wheat allergy can be difficult because they all have similar symptoms. Because of this, you should visit your doctor if you experience symptoms. Your doctor can use the appropriate tests to determine which one you have and the best course of treatment.

Is a Gluten-Free Diet Right for You?

A gluten-free diet is recommended for individuals with gluten intolerance, celiac disease, or a wheat allergy. Gluten-free diets may also benefit those with gluten ataxia, Type 1 diabetes, dermatitis herpetiformis, and irritable bowel syndrome.

There is little evidence that gluten-free diets provide health benefits for those without the previously mentioned disorders. However, depending on the gluten-free foods you choose, a gluten-free diet can still be a healthy way to eat. Be sure to always consult with your doctor before making drastic changes to your diet.

When to Seek Treatment

If you suspect gluten intolerance, celiac disease, or a wheat allergy, it’s highly recommended to visit your doctor. Be sure to stick to your current diet as much as possible until your doctor instructs otherwise because they will need a complete history of your symptoms. This history helps your doctor know if gluten is causing your symptoms.

While these disorders have similar symptoms, the potential complications of celiac versus gluten intolerance will differ. That’s why it’s so vital to receive an accurate diagnosis and treatment plan.
At Immuno Labs, we offer Tissue Transglutaminase Antibody testing specifically for celiac disease and Anti-Gliadin testing for other gluten-related disorders. If you’re experiencing symptoms after consuming gluten, discuss testing options with your doctor or meet with one of our physicians to learn more.

PrevPreviousHow to Meal Prep (and stick to it)
NextWhat Do Sugar Cravings Mean?Next
Menu