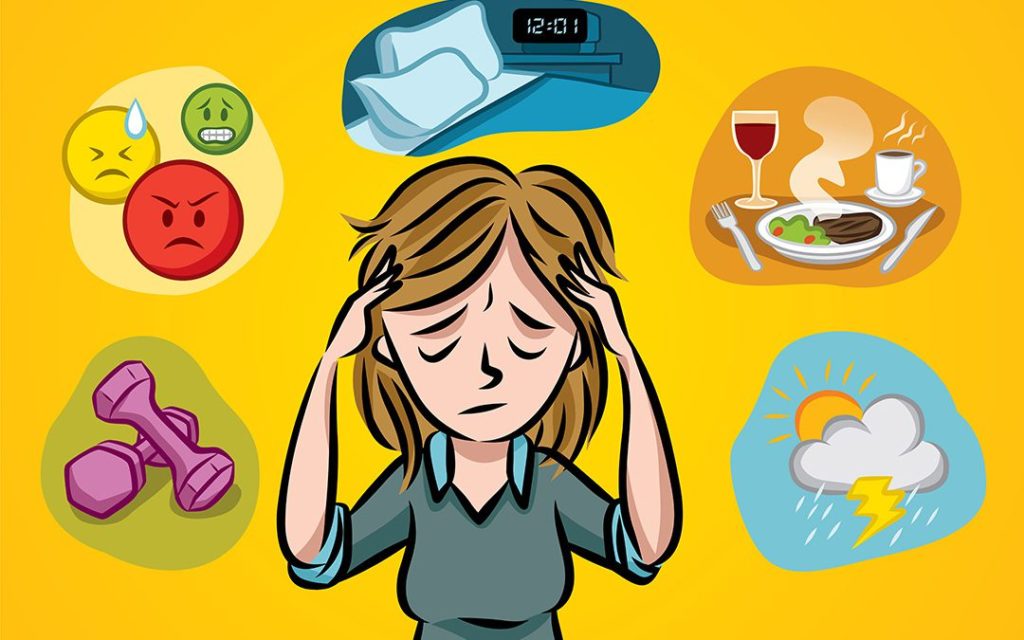 What Foods Could Be Triggering Your Migraine Headaches?

Migraine headaches are linked to certain triggers. However, some individuals may be hypersensitive to certain commonly consumed foods that are not routinely recognized as triggers.

Simple blood tests are available to help you determine if there are foods you should eliminate from your diet.

Migraine headaches are a common problem. About 47 million Americans suffer from chronic migraine headaches. While all of us have occasional headaches, these headaches may more likely be due to tension or sinus problems, but those patients who suffer from migraines experience much more severe and debilitating problems.

Chronicity is a disabling factor among migraineurs, as those who suffer from migraines are known. A typical migraineur may experience headaches that last from 4 to 72 hours, and which are characterized by throbbing, often unilateral pain and light sensitivity, nausea, and vomiting. If you suffer from migraines, you know that you may have to seclude yourself in a dark and silent room to attempt to obtain relief.

Medical treatment is aimed at prevention of migraines with medications that include antihypertensives, like beta-blockers or calcium-channel blockers, and some anti-epileptic medications. Botox injections are sometimes administered to patients in an attempt to prevent migraine headache recurrence.

When a migraineur senses a headache approaching, or if the headache has started, the medical options available include treatments to attempt to abort the migraine attack. These treatments include triptans, which target a neurotransmitter, serotonin, implicated in the causation of migraines.

Migraineurs often recognize triggers that will lead to a severe and debilitating headache. These triggers can include hormonal changes during the menstrual cycle, sleep deprivation, and stress. Additionally, there are foods that are known to cause migraines in individuals with a genetic predisposition.

The foods most commonly listed among triggers for migraines include those foods that contain tyramine – red wine, and certain cheeses, nitrates and nitrites, which are found in some processed meats like sausage, hams, and hot dogs; and monosodium glutamate (MSG), which is a commonly used flavor enhancer in commercially prepared Chinese food.

Recent research has demonstrated a link between migraines and food sensitivity to common foods to which certain individuals have developed IgG antibodies. In other words, you may avoid the common “trigger” foods, and yet still develop headaches as a response to circulating immune complexes that are activated when you consume a food to which you have an individual sensitivity.

Allergy testing has traditionally focused on IgE antibodies, produced in immediate hypersensitivity reactions which produce rapid onset of symptoms. If you visit an allergist, testing for IgE antibodies will involve food challenges and a cumbersome process. Recent studies have demonstrated links between IgG, which is an antibody that causes a more delayed reaction, and several chronic conditions, including migraine headaches.

A 2010 randomized, double-blind controlled study published in Cephalalgia utilized an assay, or test, for 266 common foods, and subjects were randomized to regular diets or to diets which eliminated the foods to which they had displayed IgG antibodies. Those subjects who were randomized to the elimination diets had significant relief in the frequency of their migraine headaches.

At the University of Miami, thirty-seven subjects followed a food exclusion diet based upon the results of the Immuno Bloodprint® test, and IgG-mediated food sensitivity assay. The subjects compliant with elimination of the IgG reactive roods from their diet had significant relief in their migraine symptomatology.

The University of Miami Study included additional Quality of Life factors as endpoints in the study, and those subjects who participated in the elimination diets achieved significant improvement at 90 days from baseline in physical functioning, mental health, bodily pain, social functioning, and vitality.

Who can guess what foods might have provoked the formation of IgG antibodies which are subsequently released when they are introduced into the digestive tract? None of us can, which is why it is so worthwhile to undergo a simple blood test which can identify those common and seemingly harmless food items.

Commercially available assays are available nationally, and you can request this test from your physician. Nutrition is essential to life, and we should be aware of the effects of the foods we consume. Those effects vary from person to person. Many Americans suffer from chronic and disabling conditions, which include migraines and irritable bowel syndrome, chronic fatigue, and fibromyalgia. Some of these syndromes may be the result of what you perceive to be a healthy diet. However healthy your diet may be, it may not be healthy for you, individually.

If you suffer from migraine headaches, consider a consultation with your physician to determine if you have formed IgG antibodies which may indicate a sensitivity to certain foods that you regularly consume. A change in diet may result in a very positive change in your life.

PrevPreviousFood for Thought: Food Sensitivity and the Migraine
NextCreate and Maintain a Healthy GutNext
Menu