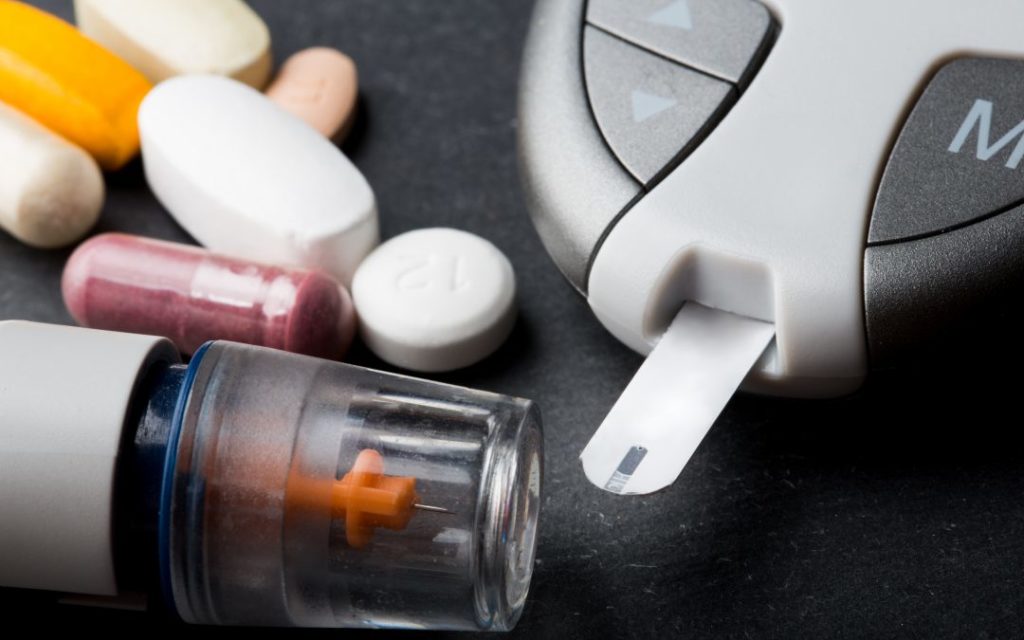 Prevent the Development of Diabetes in YOU

As the rate of obesity rises in the country, so do reported cases of diabetes.

According to the 2011 National Diabetes Fact Sheet, nearly 26 million children and adults in the United States suffer from diabetes. It is believed that another 7 million have developed diabetes, but have received no official diagnosis. Even more staggering, at least 79 million people have developed pre-diabetes. These statistics apply to both Type 1 and Type 2 diabetes. It should be noted that Type 2 diabetes is considered preventable, and by many, reversible.

Many of the symptoms of diabetes are the same for both Types 1 and 2, and include increased thirst, extreme hunger, frequent urination, fatigue, ketones in the urine, unexplained weight loss, slow-healing sores, blurred vision, slightly heightened blood pressure, and frequent infections (often in the gums, skin, bladder, or vagina). Type 1 diabetes typically develops during childhood, though it can present itself at any age. Type 2 diabetes can develop at any age.

Diabetes is related to glucose production in the body. Glucose is the main source of energy for the body’s cells and comes from the liver and the food you eat. In a normally functioning body, sugar is absorbed into the bloodstream and enters the cells with the assistance of insulin. Insulin is a hormone that comes from the pancreas. The insulin acts as a key to the entrance of the cell for sugar. When sugar enters the cells, it lowers the amount in the bloodstream. In Type 1 diabetes, the immune system destroys these insulin-producing cells, leaving the body with no insulin, allowing sugar to build up in the bloodstream. Type 1 diabetes is believed to be caused by genetic and environmental factors.

Type 2 diabetes causes cells to resist insulin and the pancreas cannot make enough insulin to prevent the resistance. The same is true for pre-diabetes. This causes sugar to build up in the bloodstream.

Though not always the case, most people suffering from Type 2 diabetes are overweight. Type 1 diabetics appear to be influenced by immune issues, race, heredity, a vitamin D deficiency, early exposure to cow’s milk, and geography. Other than weight, factors placing a patient at risk for developing Type 2 diabetes, abnormal cholesterol levels, and heightened levels of triglycerides.

Aside from dealing with the symptoms of diabetes, those facing untreated diabetes are at risk for a number of complications, some of which are devastating. Complications include cardiovascular disease, nerve damage, kidney damage, eye damage and blindness, poor blood flow to the feet, skin and mouth infections, cancer, and Alzheimer’s disease.

Talk to Your Doctor

November is National Diabetes Awareness Month. Since there are so many people suffering from the disease and even more with pre-diabetes, spreading the word about risk factors and complications is important. Understanding the risk factors and symptoms are the best ways to prevent and manage the disease. If you are concerned about your risk, now is the time to speak with your doctor. No matter when you begin to experience symptoms, you should speak with your doctor, but there is an increase in public awareness during National Diabetes Month, so take advantage of the increased flow of information. Diabetes is approaching epidemic proportions, even though it is an entirely preventable disease.

In addition to determining if you are at risk for developing diabetes, blood tests can also determine whether you are suffering from food toxicity. Living a healthy life and creating a healthy eating plan is about more than just choosing “healthy” foods. You need to know how foods affect your body and how eating can put you at risk for serious illness. Tests such as the Bloodprint®, Candida, and Anti-Gliadin Tests will help you determine which foods are best to feed your body. Avoiding food toxicity and making healthy choices is the best way to prevent a variety of health conditions, including diabetes.

PrevPreviousHave You Thought About Your Diet When You Think About Your Migraines?
NextAutoimmune Disease: Common Mistakes and Alternative RemediesNext
Menu