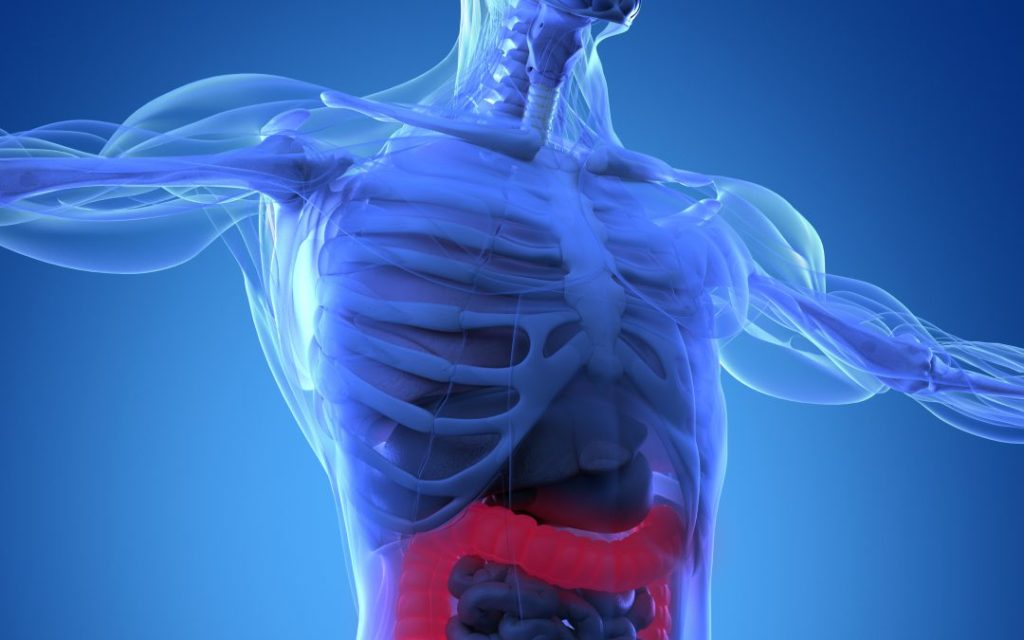 Can Your Immune System and Diet Trigger Your IBS?

Some patients have documentation of microscopic inflammation, however. An inflammatory state can trigger many chronic syndromes, and it appears that irritable bowel syndrome is among them.

The prevalence of IBS is 10-20%. Despite the fact that some individuals are able to control their symptoms by watching their diet or stress level, a clear etiology eludes us. Some interesting studies, however, suggest that food sensitivity may be involved.

One randomized and controlled 4 week study of 45 patients who had diarrhea-predominant irritable bowel syndrome (IBS-D) demonstrated an improvement in the frequency of bowel movement in those patients who were on a gluten free diet. Scientists were able to isolate an antibody, HLA-DQ2/8, and demonstrated a connection with altered bowel barrier function in those patients.

Recently, scientists have found microscopic inflammation on biopsy of patients with irritable bowel syndrome. Previous studies had demonstrated no histologic or pathologic changes in the bowel tissue, so this evidence of inflammation is interesting. There appeared to be lymphocytes, or immune cells, extending into the muscular tissue of the stomach. The researchers also found evidence of hormone secreting cells in greater numbers in tissues of patients with IBS.

Those who suffer from the altered bowel habits of irritable bowel syndrome may or may not suffer from dyspepsia, nausea, vomiting, and abdominal pain with either diarrhea or constipation. If you have IBS and you knew that avoiding trigger foods could relieve your condition, I am certain you would do so.

Current management of irritable bowel syndrome includes provision of psychological support, and there are also recommended dietary measures, which are non-specific. Those dietary measures include supplementation of polycarbophil compounds like Citrucel, to produce less flatulence than Metamucil. Fiber supplementation may also improve the symptoms of constipation and diarrhea. Patients who primarily experience constipation should increase their hydration with water. Avoiding legumes, like dried beans, will decrease flatulence and bloating, and caffeine avoidance is thought to help by decreasing symptoms of anxiety.

Some patients have proven lactose intolerance. They lack the enzyme that metabolizes lactose. Others have intolerance to fructose, and these two conditions are not uncommon. However, other patients reap very little improvement by avoiding lactose or fructose.

Recent evidence published in GUT suggested a role in the pathogenesis of IBS due to IgG mediated food allergies. Researchers found that there was a significant reduction in symptom severity in patients on elimination diets, which excluded the foods to which they had elevated levels of IgG antibodies. One randomized controlled trial of 150 patients revealed significant outcome improvements in IBS severity and global rating scores, as well as in other quality of life improvement measures. In that study, after 12 weeks the elimination diet resulted in a 10% greater symptom score reduction than the patients randomized to a “sham” elimination diet.

Armed with this information, you may wonder what your next step should be. An immunoassay that tests for food sensitivity by detecting IgG antibodies for specific foods is available now. The Immuno Bloodprint® has been utilized in studies of food sensitivity mediated by IgG in several chronic conditions.  A University of Miami study showed improvement in migraine headaches through implementation of an elimination diet.

There’s really only one proven way to find out. It involves a visit to your doctor or local laboratory to give a blood sample, which will be tested for the presence of circulating antibodies to any of a large number of foods commonly consumed in our Western diet.

The Immuno Bloodprint® is one such test, and is easily performed and widely available. Ask your physician today.